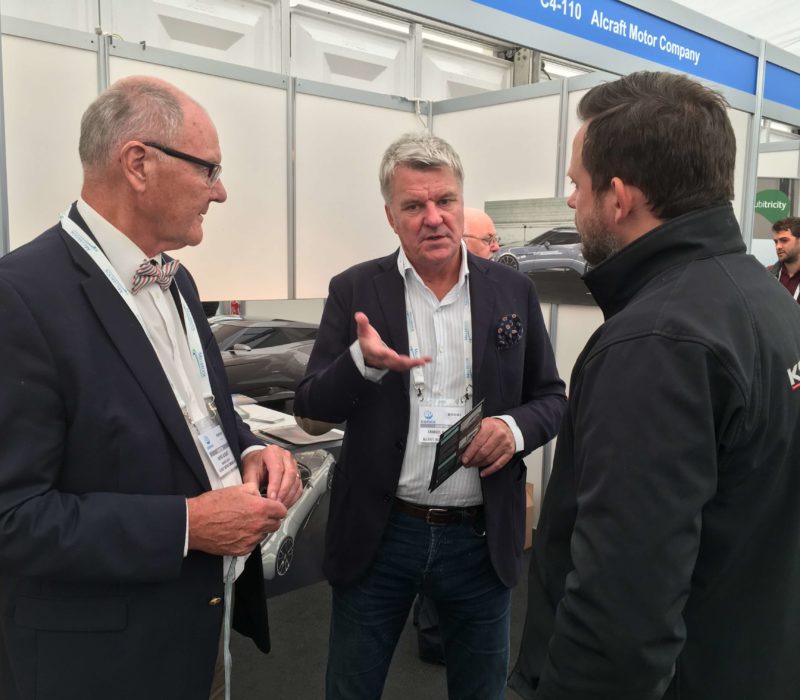 Alcraft Motor had a highly successful first public show last week when it exhibited at Cenex LCV 2017, the UK’s premier low-carbon vehicle event, with over 1000 visiting the stand to find out more about the business.

A decade after the first Cenex LCV show, this year’s event, held on 6th and 7th Sept at the motor industry proving ground Millbrook in Beds, has grown to attract around 3500 professionals, representing over 1000 organisations.

The latter, a spin-off from the Williams F1 operation, was launching its dedicated state-of-the-art electric vehicle platform, and was one of many leading suppliers to visit the Alcraft Motor stand to discuss the Alcraft project and a possible involvement in the development of the GT. Alcraft Motor was displaying a one-third scale model of the GT on the stand.